Enjin is a robust, all-in-one blockchain game development platform to fund, grow, monetize, and design the digital world of your dreams. Use your favorite game development tools like Unity, Godot, GraphQL and Java to integrate blockchain technology with ease. It enables use of a full set of tools such as: Enjin Beam (Scan gaming assets with QR), EnjinX (Blockchain Explorer), Enjin Wallet (Highly secure crypto-wallet that holds gaming assets – ERC721 & ERC-1155 – and a variety of coins).

Basically, Enjin Coin (ENJ) can be considered a utility token or ‘Digital Steel’ for developers to craft and mint their gaming assets onto the Ethereum Blockchain. Infusing ENJ into their gaming assets via ERC-1155 – Developers can create functionality, rarity and security never before available to them. By utilising Enjin’s blockchain PaaS (Platform as a Service) it enables this infusion of ENJ to create and manage blockchain games without the complexity of building and maintaining the infrastructure typically associated with developing and launching a blockchain game.

The Enjin platform is a robust, flexible, powerful suite of tools and services for creating groundbreaking blockchain games. It is an all-in-one blockchain game development platform comprised of the Trusted Cloud, Blockchain SDKs, Platform API, Wallet Daemon, and Efinity. 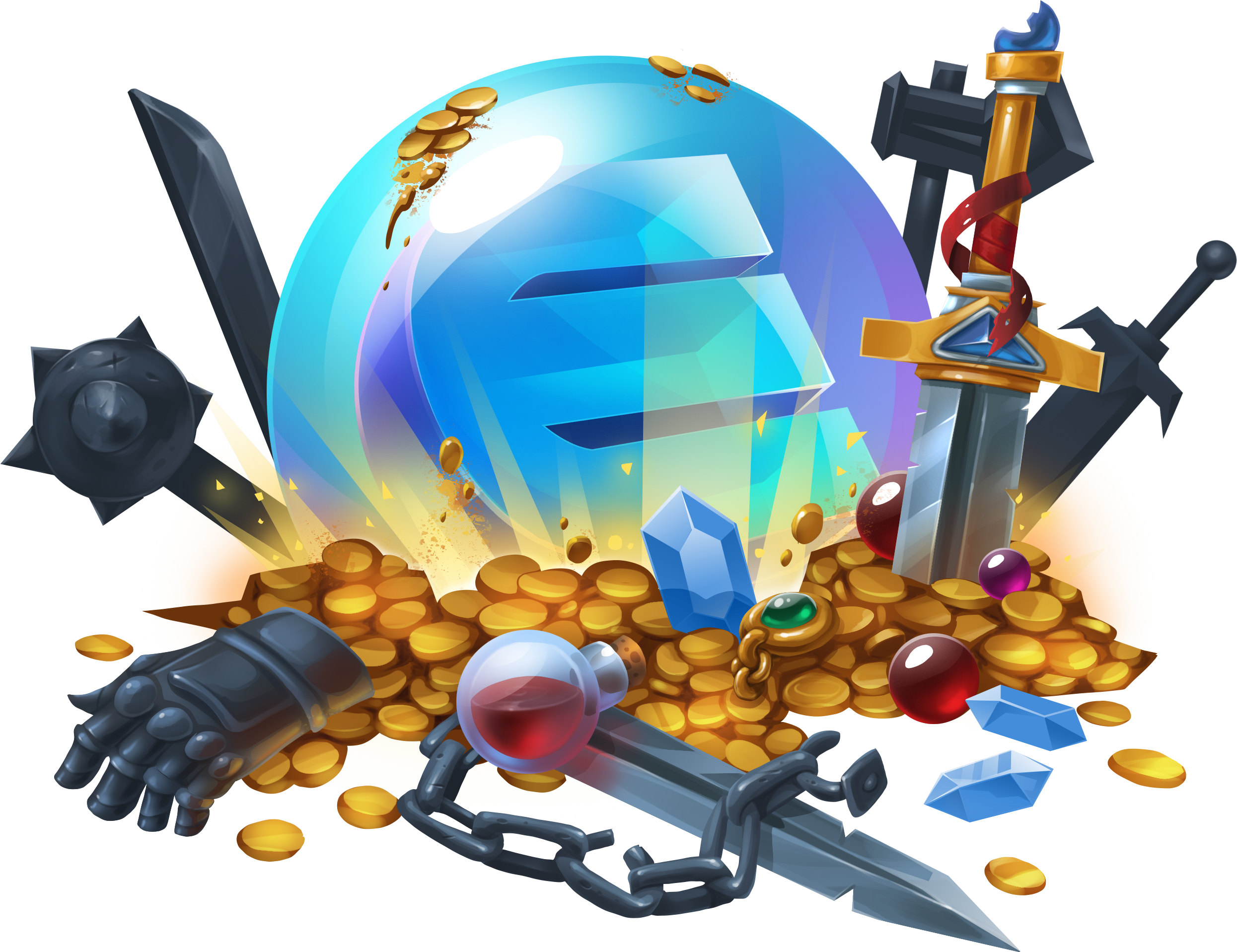 The Enjin Toolset is a secure, feature-packed, and convenient blockchain asset ecosystem built for developers and gamers, where you can turn your smart phone into a hardware-like, secure blockchain wallet for your blockchain playable gaming assets. It features a built in Blockchain Explorer – EnjinX and enables you to link your game to Unity SDK & easily Mint/Create your own playable blockchain gaming assets, plus houses the innovative Enjin Beam which allows your phone to scan smarter QR codes and receive blockchain gaming assets directly into your Enjin wallet.

Engage with the growing Enjin Gaming Community and build actionable strategies to help you market your game to thousands of players while creating a thriving online community and player base before launch through telegram sites such as the Multiverse Army. Create presale items to sell and reward those supporters with future functionality.

The following collection of videos and tutorials is aimed to build on the above comments and give any budding developers a Quickstart tool in understanding what Enjin Coin is and how to implement it into their gaming assets.

The Enjin Wallet is central to the Enjin Ecosystem. It is the portal for gamers to access their blockchain gaming inventory. The wallet allows easy access to the Ethereum blockchain and allows gamers to transfer their items into Enjin powered blockchain games.

Create Your Own ERC-1155 Tokens: Enjin’s Mintshop is Open for Business!

ERC-1155 tokens are arguably the most advanced form of digital asset in the world. Now, anyone can jump onto https://mint.enjincoin.io and easily create their own next-generation blockchain assets.

Enjin have created a Unity SDK so that developers have an easy way to implement blockchain gaming assets into their games. It is now available for download.

The following tutorial / guide will help kick start your journey into its use.

Getting started with ENJIN API

The Platform API (Application Programming Interface) allows you to query and send commands to the Enjin Platform in order to facilitate the development of blockchain games. The Platform API provides an abstraction layer for the underlying smart contracts, as well as additional software services related to blockchain game development. The API provides the most basic way you can utilize the Enjin Platform, enabling you to use GraphQL query language to directly request and modify data on the blockchain via the Trusted Cloud. More details found in this tutorial / guide.

This is the list of official Enjin adopters and Spark developers. These projects have been verified to the best of our ability and are making consistent progress. As always, please be cautious and do your own research when participating in any crowdfunding campaigns.

Enjin Support has detailed information on how to use the Enjin Wallet, EnjinX (Blockchain Explorer), Enjin Mint, & Enjin Beam.

New to the community? Here are some great resources.

ENJIN
The Enjin modular platform enables you to explore endless use-cases for blockchain technology. Integrate blockchain in a matter of hours, without writing a single line of code - or go all in and create custom tokens & contracts from scratch.
Comments
All comments.
Comments
Cancel Reply
All headings of this content.
Content Index