Mafia Wars is a decentralized blockchain based mafia themed idle game of accumulation which utilizes the Counterparty platform and the security of the Bitcoin blockchain. The only objective of the game is to accumulate the MAFIACASH reward token. MAFIACASH is distributed each month to players proportional to their share of total Mafia Wars family tokens and their families in-game performance.

The object of the Mafia Wars game is to become the wealthiest player through earning, collecting, and holding MAFIACASH. The player who holds the most MAFIACASH at the end of the game on July 1st 2023 wins the BOSSOFBOSSES card and all of the MAFIACASH, XCP, cards and funds held in the winners pot at 1BagMan1B5XpZGh9jy4tN5NsdVcfrjaGQG.

By owning any amount of one of the 5 family tokens (BONANNO, COLOMBO, GAMBINO, GENOVESE, LUCCHESE) users establish their Bitcoin addresses as players in the mafia themed game at mafiawars.io. 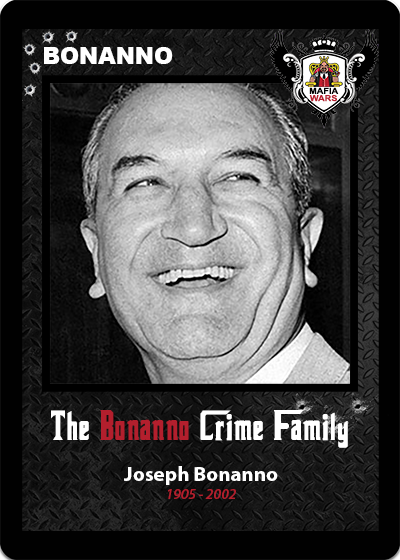 The Mafia Wars game uses its own custom game cards, as well as cards from other Counterparty projects including Rare Pepe, Bitcorns, Spells of Genesis, and many others.

To play the game a player needs to hold some amount of one of the 5 family tokens (BONANNO, COLOMBO, GAMBINO, GENOVESE, LUCCHESE) in a bitcoin address.

Join the Game – Choose Your Family

Players and Crews can customize their game profile, location, and collect cards to increase in-game performance. All players can join a crew, but only players rank Caporegime and above may also create crews.

Card owners can edit their card information, categories, and customize their card’s in-game performance to add additional value to their cards. Artists can submit new cards for inclusion in the game on the submit page. 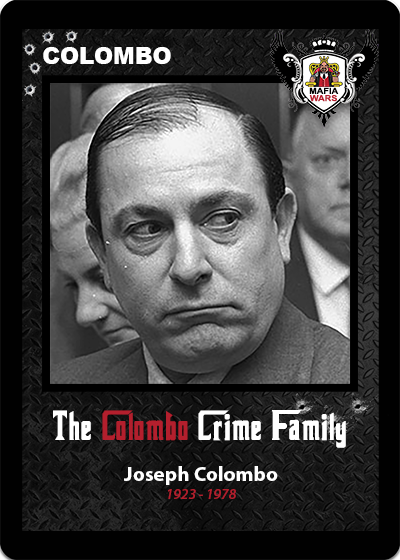 Income and Heat are earned by Staff and Businesses on The Black Market.

Heat is an indicator of law enforcements awareness of criminal activities and can only be removed by certain Staff (Hacker, Lawyer, Judge, Law Enforcement, Cleaner). Heat which is not removed can result in a player getting additional charges added to their criminal record.

Each held card counts towards in-game performance up to a maximum quantity of 5 cards. This limit is to discourage hoarding of cards and encourage fair game play.

For a list of playable game cards, please visit The Shopping Mall or The Black Market.

A player’s rank in the game is based off of how much of the family token they hold.

The MAFIACASH reward token is distributed each month to players proportional to their share of total Mafia Wars family tokens and their families in-game performance.

To see a full list of past MAFIACASH distributions, please visit our Distributions page.

In Mafia Wars, Territories acts as the game board. A players territory takes up an amount of space proportional to the amount of the family token they hold. Once placed, no other player can be placed in that same location.

Players have used different strategies for claiming their territories. Some make their territory’s location related to their name, crew, or art, some choose the location they themselves live in, while other’s choose exotic destinations.

Where you place your territory is up to you and we intend to expand the role of the game board in the game as the community grows and the game progresses.

On July 1st 2023, the game will conclude and the single player holding the most MAFIACASH will be the overall winner and will receive the BOSSOFBOSSES token.

In addition, the winner of the game will be awarded all of the MAFIACASH, XCP, cards and funds held in the winners pot at 1BagMan1B5XpZGh9jy4tN5NsdVcfrjaGQG.

On July 1st 2023, the following rewards will be handed out to game players.